QR Code (Quick Response Code) is a trademark for matrix bar codes (or two-dimensional bar codes) originally developed for the automotive industry in Japan. Barcode - The machine reads an optical label that contains information about the object to which it is attached. In search of his unique authorial direction Slava Biruk has studied the subject of QR-codes, pushing him to a fundamentally new level.

The author of the concept of the exhibition: "I consolidated my confidence in the search for the correct way, Boris Groys, with the thoughts about the digital code hidden by the image. Here's what he was looking for:" To be seen and uncovered, a digital image should not just be exhibited, but even more is staged before the viewer. "Began to experiment with both text and colored sides, and there are many components of the picture: both the number of symbols and the colire. The logical interconnection between the works was lined up in itself. It was important to find only that thin line of color and a semantic value in the work. A small error in tonal saturation - and the picture still looks, but it's not readable yet. "That series was created." 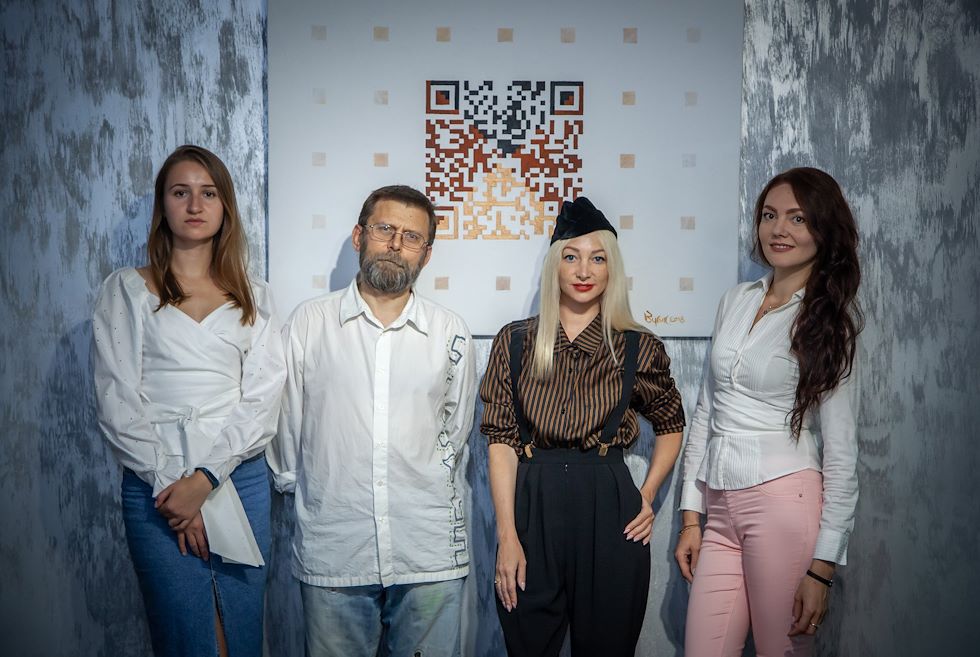